Viral sensorineural deafness, i.e. the damage to the inner ear caused by a viral disease, is well known to ENT specialists. Two viruses are in the limelight: the herpes virus and the cytomegalovirus.

The symptomatology is always the same, well described by the patient:

The clinical examination must be done as soon as possible by a doctor and only a doctor, either a general practitioner or an ENT specialist. Only he will be able to ensure the localization of the lesion which affects the inner ear and to immediately institute the treatment, which constitutes a medical emergency.

This assumes the integrity of the middle ear :

But if the diagnosis remains clinical, two simple examinations, which can be done at the office, confirm the integrity of the middle ear: the Weber test and the Rinne test. 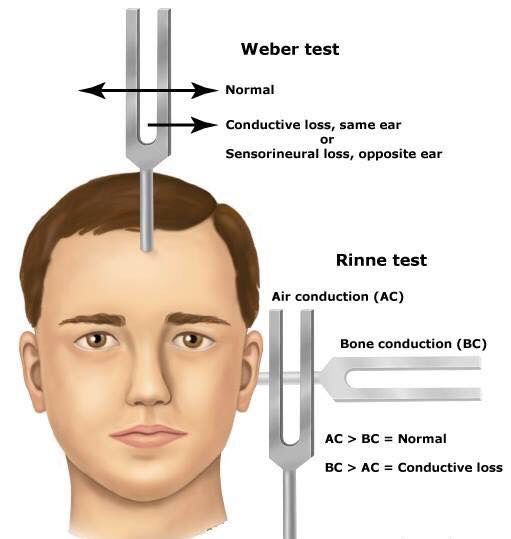 These are two reliable tests, which our elders used to perform, and which are remarkably accurate and confirm the clinical diagnosis, even in the absence of any additional examination, especially audiometry.

This is a broad outline of viral sensorineural deafness which requires, we insist, an URGENT treatment to try to save what can be saved at the level of the cells of the inner ear, we will see it again.

It is understood that the deafness of the inner ear in the case of SARS-CoV-2 is superposable. It remains rare. SARS-CoV-2 is a virus of the family of coronaviruses that have been known for a long time and that had been the subject of very few studies to date, given their benignity before the appearance of Covid 19.

It is now known that the deleterious effects of this virus are not limited to the lung. It can attack virtually any organ in the body with sometimes devastating effects (fortunately rare). In addition to the lungs, arteries, heart, kidneys, digestive system, central nervous system (brain and spinal cord) and peripheral nervous system (ganglions and nerves), it is now necessary to add the hearing, with damage to the auditory cells lining the cochlea of the inner ear (limaçon), whose function is to capture the sound vibrations brought by the transmission organ (eardrum, ossicles) to transform them into an electrical signal, transmitted to the brain by the auditory nerve. There are a few thousand sensory cells and these, once destroyed, do not grow back, hence the interest of an urgent treatment to slow down the death of these auditory cells and to allow the recovery of the suffering cells that have not yet died.

The key to the passage of the virus throughout the body, explaining the multifocal damage, would be an enzyme (a substance secreted by our cells and involved in chemical processes) called angiotensin converting enzyme 2 (ACE2), which plays an important role in controlling blood pressure in humans. This ACE2 is a cell receptor to which the virus binds thanks to its surface spicules that allow it to cross the barrier and enter the body. These ACE2s, which are found on the outer surface of the cell membranes of the lungs, arteries, heart, kidney and digestive tract, also line the epithelial cells of the nose in very large numbers, and can affect the olfactory sensory cells (anosmia leading to agueusia) and, by spreading via the olfactory bulb, affect the CNS, although ACE2s are also present on the membranes of the CNS. 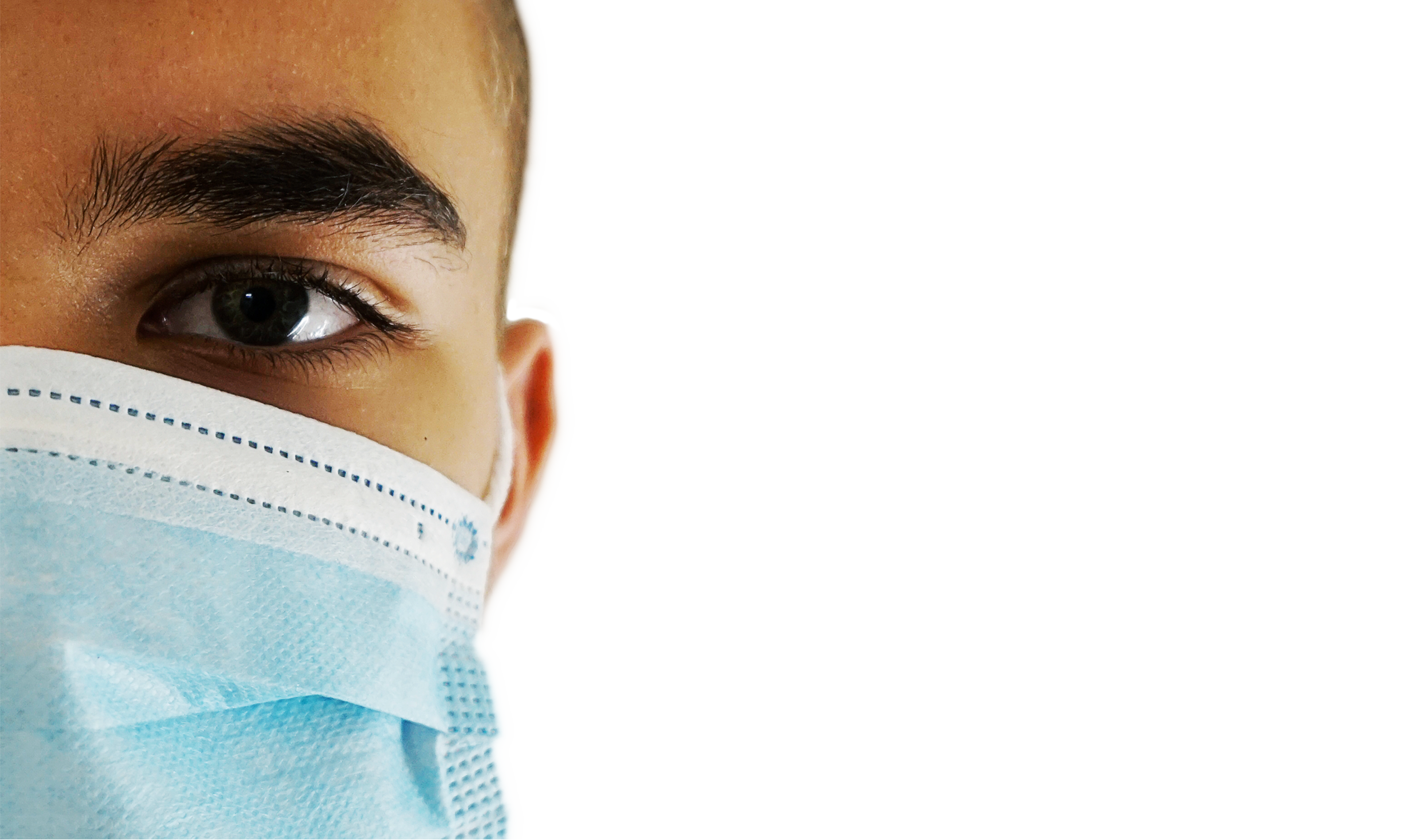 What about the ear ?

No formal hypothesis yet, at the time of writing, but the cause is probably no different from the previous one. Electron microscopic sections of rock (ear bones) from deceased Covid-19 patients have found viruses linked to ACE2 receptors in the ear. Histopathological studies of patients with sudden deafness showed that there was a loss of hair cells and supporting cells of the organ of Corti.

Direct entry of the virus into the cochlea, regardless of its mechanism, can generate a massive inflammatory response by cellular stress (cytokine storm or massive cytokine release syndrome), which causes hearing loss by damage to hair cells and supporting cells. Cytokines are soluble proteins or glycoproteins that act as remote signals allowing cells to act on other cells (from close by) and to regulate their activity and function. A runaway effect creates a major inflammatory process, responsible for serious cases. This would confirm the greater or lesser effectiveness of an anti-inflammatory treatment started as soon as possible (if the patient is aware of his hearing loss, which is not necessarily the case if he is hospitalized in intensive care.

In fact, new hypotheses are emerging from electron microscopic examination of tissue samples from deceased patients. SARS-CoV-2 would cause systemic inflammation of the body’s blood vessels at all levels, by binding to ACE2 receptors on endothelial cells (the inner lining of blood vessels), leading to diffuse micro-disturbances of all organs, more or less severe depending on the individual. This would generate cardiac complications, especially if there is a pre-existing co-morbidity, cause pulmonary embolisms, block blood vessels in the brain or the gastrointestinal system, or even elsewhere (ear). This complication (cytokine storm) is variable depending on the individual, their terrain (comorbidities) and age. While the endothelium of young people defends itself well, this is not the case for the endothelium of at-risk groups suffering from hypertension, diabetes or cardiovascular disease, or for elderly subjects whose common characteristic is a reduced endothelial function.

This should lead to reflection on new therapeutic avenues.

Let us retain the essential points knowing that it will not always be simple to know (patient in resuscitation) if the latter has felt a sudden drop in hearing.

It is becoming increasingly clear that SARS-Cov-2 triggers a chain of reactions that is not pulmonary but generalized via alteration of the endothelial mucosa when Covid enters the body. If, in the vast majority of cases, the disease is not serious, we are becoming increasingly aware of the aggressive potential of this virus and the individuals who will very quickly require a more severe treatment in a hospital environment, which in many cases will stop the evolution of the disease and avoid the need for intensive care.