Home › Hearing › Misophonia : an affliction of our time ?

Etymologically, the word misophonia is composed of the word “misos” (which comes from Greek and means hatred, aversion) and the word “fonos” (noise). Misophonia is therefore the aversion to noise or at least to certain noises, which are very specific and essentially similar in all patients who complain of this condition.

Totally ignored and unknown a few decades ago, this does not mean that it did not exist. In fact, if the complaints of patients are related to the hearing system and auditory perception, it is more studied by psychiatrists and psychologists. In any case, the first descriptions of the symptoms are hardly found before the year 2000 and the studies concerning this disorder are still in their infancy.

It is a psychological disorder characterized by an aversion to certain sounds (such as nail clipping or filing, humming, throat clearing, guttural, nasal or oral sounds for example) produced by another individual. These sounds are commonplace, common to everyone, and when they are made by the individual with misophonia, they do not cause any discomfort.

The sounds involved in misophonia are repetitive.
They provoke an immediate reaction of rejection, associated with anxiety and sometimes anger with the desire to stop the noise in the moment or to try to avoid it (earplugs, headphones).

Another paradox: when these same noises come from children (or even animals), they do not cause any discomfort. The aversive sounds remain those produced by adults (the most famous is the husband and his chewing!). Moreover, 55% of the people affected report similar family cases, suggesting a possible genetic origin to these disorders. In extreme cases, the suffering individual may experience irritability or even anger.

Such symptoms could raise doubts about the organic nature of these patients, but the age of onset, associated with objective disorders on functional MRI, runs counter to this hypothesis, as we shall see.

The disease generally appears at a very young age (adolescence and even childhood). The average age of onset is 12 years but it can appear as early as 5 years.

There is no gender or age distinction for this condition.
The percentage of people affected by misophonia is, moreover, extremely difficult to evaluate, especially as many people get annoyed by the chewing noises of someone close to them, or by someone typing on a neighbouring desk, or even by the squeaking of certain instruments (such as when using a saw, for example), without being potential misophones. However, it has been noted that 10% of tinnitus sufferers are misophonists. Similarly, many clinical studies report the association with certain comorbidities :

• Gilles de la Tourette syndrome, which is defined as a neurological condition of chronic evolution characterized by motor and sound tics, even multiple and fluctuating in time. A brilliant French minister took advantage of these tics which, it is said, gave him a seductive power. Mozart himself and the famous Scottish writer James Boswell were also affected ;

• OCD or obsessive-compulsive disorders characterized by repetitive and unreasonable but irrepressible behaviors, most often affecting young subjects (but who has not walked on paved sidewalks avoiding the dividing lines or checked several times that the front door was properly closed?) An association was noted in a 10-year-old child ;

• Eating disorders that can be schematically classified into three groups: anorexia nervosa, bulimia nervosa and bulimic hyperplasia, the latter not associated with compensatory behaviors (vomiting, laxatives) which leads to obesity and distinguishes it in this sense from pure bulimia.

Tinnitus is the perception of parasitic sounds whose etiopathogeny is quite different, affecting a considerable number of patients who complain of noises that can take any form (whistling, steam jets, perception of words, even sentences). Tinnitus is more and more frequent in our noisy world.

Phonophobia (which comes from the Greek “phonos” meaning loud and “phobia” meaning fear). Phonophobia is the fear of hearing sounds, due to an unbearable auditory sensation produced by the surrounding sounds.

Hyperacusis, which is not a better hearing (as it can be read sometimes) but an exacerbated sensitivity to noises, that is to say a greater intolerance to noises in general, making the individual flee from any place with noisy potentiality and often moves with phonic protections, whatever their forms. 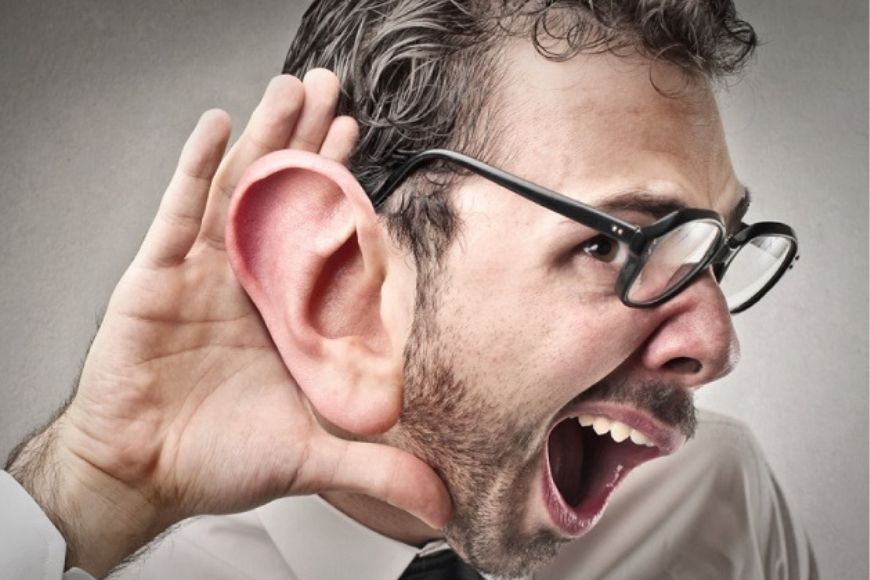 Various theories have been put forward to explain misophonia, which is poorly known and understood.

Let’s mention the “polyvagal” theory proposed by an American psychiatrist who would invoke an autonomic response of the central nervous system when perceiving “body” noises other than one’s own, which would be associated with a state of alert (cortical stimulation of the primitive brain).

Other theories have been put forward.
In 2013, an essential step was taken thanks to fMRI, i.e. functional magnetic resonance imaging. This method allows to visualize, in an indirect way, the cerebral activity. Its principle consists in measuring the oxidation of the brain in the studied areas. Indeed, any neuronal activation will be accompanied by a local increase in blood flow to cover the metabolic needs related to this activation. Thus, in these stimulated patients, we note an increase in neuronal signals in the anterior cingulate cortex1 and the insular cortex2 (also involved in Tourette’s syndrome) and influence anger, pain and sensory information.

It is also suggested that misophonia and OCD may share the same neural circuitry, with misregulation of certain neurotransmitters (serotonin, dopamine) that are involved in behavioral regulation, mood, anxiety, motivation, decision making, attention, and lack of which can cause these symptoms.

No treatment to date has been proven to be effective; antidepressants, anxiolytics and antipsychotics are totally ineffective.

The policy of avoidance, which is difficult to achieve, can be compensated for by hearing protection for triggering sounds (ranging from the banal Quies ball to preformed earplugs or earpieces selectively filtering certain frequencies (worn by musicians).

One can, perhaps, certainly evoke as an adjuvant treatment, the practice of apnea which constitutes an immersion in the world of absolute silence and which requires, to progress, a state of relaxation that one acquires with the experience and the work and the possible practice of yoga. If this treatment is not an end in itself, there is no doubt that it can bring a well-being and a management of the environmental noise once back in the world of the earthmen.

All coping strategies are worth mentioning. The patient remains the best judge and tester. These treatments range from protection to habituation therapy (cognitive behavioral therapy).

Recently, a medical team has proposed a therapy consisting of listening to the disturbing sounds by associating them with a pleasant sound such as music (without the latter being occulting for the aggressive sound) and which would bring 90% good results.

The paradoxes of misophonia are puzzling and intriguing.

Is our current world the cause of these “new” diseases, which we ignored in our medical curriculum almost four decades ago ? However, we cannot say that they did not already exist. The question remains.

The best treatment is certainly self-management, aided as much as possible by cognitive-behavioral therapy. the “man of art” here is probably not the conventional therapist but certainly more a teacher of yoga and relaxation, the doctor seeing his function, here, reduced to nothing unless the patient requires psychological support.

1 Anterior cingulate cortex : frontal part of the cingulate cortex, which resembles a collar wrapped around the corpus callosum (commissure connecting the cerebral lobes together), ensuring the transfer of information between the hemispheres.