Audiometry is the examination usually performed by an ENT doctor to measure hearing. We distinguish :

We will consider here only the tonal audiometry. Pure tone audiometry measures the hearing of a subject by sending sounds into the ear at different frequencies and intensities. The resulting curve is called an audiogram. It will allow us to assess the subject’s hearing, measure his or her hearing loss, its type (conductive, perceptual or mixed hearing loss) and the appearance of the curve according to the frequencies tested.

We start the examination with air conduction. This means that the sound travels through the air via the eardrum and the ossicles to reach the inner ear. This is done with good quality headphones and ideally in a soundproof audiometric booth. The hearing thresholds are measured for frequencies ranging from 125 Hz (low frequency) to 8000 Hz (high frequency). 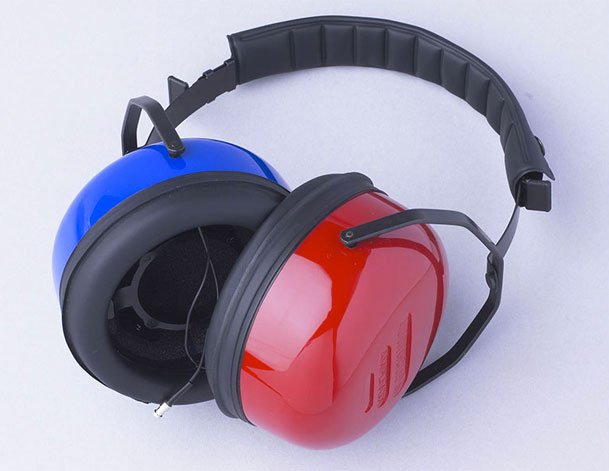 From this examination, 3 different audiometric curves are derived :

• Bone and air conduction are confused. We speak of perceptive deafness when there is a hearing deficit. It is a deafness of the inner ear (auditory cells of the cochlea / auditory pathway).

• The bone and air conduction are dissociated. The bone conduction is normal, the air conduction is bad : we speak of a conductive deafness, i.e. of the middle ear (eardrum / ossicles / liquid in the body). Classically repairable by a possible surgical procedure.

• Air conduction and bone conduction do not merge but both curves are affected : we speak of mixed deafness. 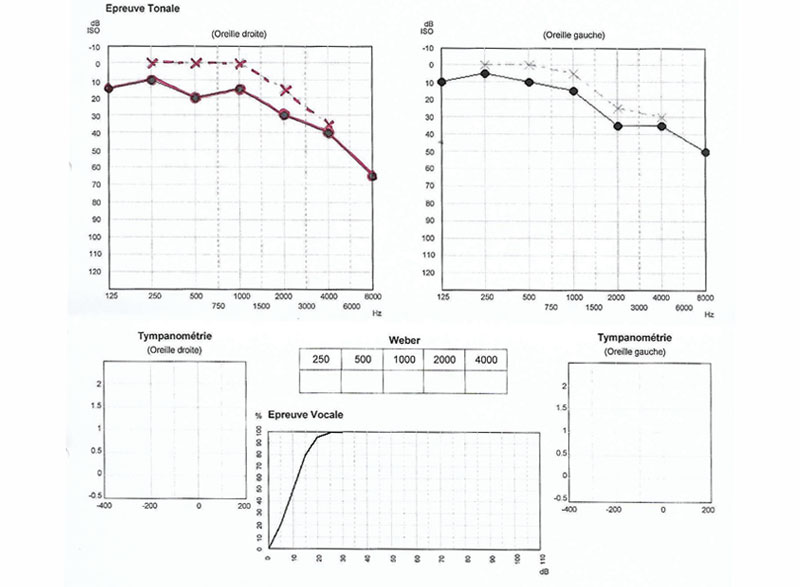 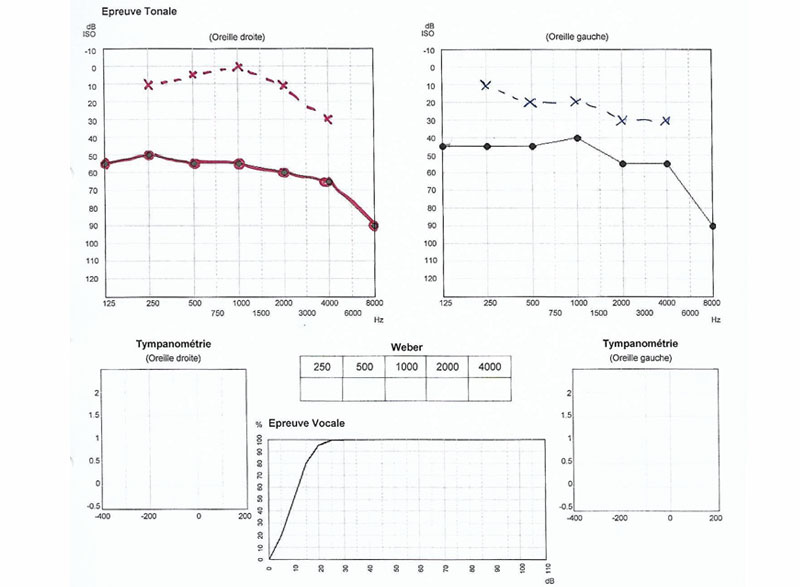 It is thus seen that it is perfectly possible to hear without possessing eardrum or ossicles and a surgery, less practised nowadays than in the past, consisted in practising in cases of destructive lesions of the tympanic box, to carry out a total evacuation (which was called not conservative) which consisted in cleaning the middle ear while removing damaged eardrums and ossicles.

This bone conduction is used in various devices that transmit sound through the mastoid bone. There are also tubas that deliver music underwater… A “waterproof” snorkel in which a small radio plays music transmitted to the inner ear by the teeth that clamp the mouthpiece.

Other animals, in the evolution of species, do not have a middle ear. The famous frog with a large mouth found one day its almost alter ego. Here is his story:

The big-mouthed frog, after having completed his tour of the world and having taken an interest in the things and beings that populated its vast lands, returned home via an archipelago whose beauty all the animals had praised: the Seychelles archipelago. There she met an animal similar in every way to herself, but she realized, having traveled and learned a lot, that her opposite number had no external ear and no middle ear! On the other hand, it had a mouth even bigger than hers… Intrigued and curious, she asked him, articulating very loudly and raising her voice, because she had understood that this poor frog could not hear well, if it was also a frog with a big mouth of an unknown variety for her…

It is useless to shout so loudly answered this strange creature, I hear you and I am the frog with big mouth of the tropical forests !

This very real frog has only one inner ear. A very thin membrane between the mouth and the auditory organ allows the transmission of sounds to the inner ear replacing the absent outer and middle ear! Without knowing it, our travelling frog had just met a variety of frogs, isolated from the African continent by the separation of the archipelago several million years ago and whose auditory evolution had remained blocked at this primitive ear stage.

Species evolution over millions of years has given us an outer ear (ear canal and pinna) and a middle ear (eardrum and ossicles) and although sound can be transmitted without these attributes, the primitive ear of the Gardiner frog cannot compete with our present system.

Pathologies according to the curves

They are evidence of damage to the inner ear which may involve :

• The organ of Corti : whose treatment will be the hearing aid, the only possibility to give back an acceptable hearing to the patient. The appearance of the curve is suggestive of the diagnosis. A pure perceptual attack centered on the low frequencies can sign a Menière’s disease which is associated with great vertiginous attacks with progressive attack of hearing during the attacks of vertigo. However, this is a very rare disease. Most of the time the damage is progressive and centered on the high frequencies evoking 8 times out of 10 the natural ageing of the ear (presbycusis) but this damage can be familial and more rapidly progressive (sometimes affecting the middle frequencies). The treatment, in all cases remains the equipment which can be proposed from 30 dB of loss on average.

• Central cerebral damage : In this case, intelligibility problems are noted, especially in voice audiometry. In this case, the hearing aid has no effect.

• Tympanic perforation, traumatic or not, which can heal spontaneously, especially when the ear is healthy (cotton swab / baro-traumatic diving accident…) ;

• The tympanic lesion : On ear with infectious past and there, the reconstructive surgery (dry ear) will be necessary ;

• Otosclerosis, which is an ankylosis of the stapes requiring surgery and replacement of the stapes with a Teflon piston. The curve is evocative (loss predominantly in the lower register) and there is often a family history…

They can combine all the pathologies listed above. Sometimes, however, there is a very slight difference between the bone and air curve (this is called a Rinne) and it may simply be a sensorineural hearing loss associated with a dysfunction of the Eustachian tube (a simple rhinopharyngitis will do the trick…)

Importance of measuring the 6000Hz on the audiogram

Simply because it is the frequency by far the most frequently affected in sound trauma (nightclubs etc…) or in pressure trauma (apnea / scuba diving) and it is a frequency that is not always tested by the ENT doctor. So make sure, when a nightclub night gives more or less lasting tinnitus that the 6000Hz has been tested before you are told: “Fortunately, there is no hearing damage…”

It is understood that the best treatment in this case is ear PROTECTION !